Inside the tattoo industry: Sexism

There’s no place for sexism in the tattoo world, this isn’t a boys’ club anymore...

At the end of May, during the lockdown, hundreds of brave women took to social media to tell their stories of sexual abuse at the hands of some prominent male tattoo artists. The theme of these stories was the same, male tattooists using their position of power to take advantage of clients, repeatedly crossed boundaries, sent sexually explicit messages, they did not ask for consent...

And we’d known for far too long that parts of the tattoo world are toxic, performative masculinity has been able to thrive and grow. Big names were protected, although there were whispers about sexual assaults, they were brushed under the carpet with a: “Oh but he’s never done that to me.” Survivors were gaslighted, they weren’t believed and there was no one for them to turn to. The tattoo industry doesn’t have a central body, there’s no HR departments or DBS checks, meaning there are no set rules.

Amongst the voices, tattoo artist Lucy Pidgeon was shouting brave and sure. She posted a video on Facebook about her abuse at the hands of a tattoo artist who cannot be named. Since deleted, the video was shared thousands of times, and Lucy went on to set up TSASS, a survivor-led safe space, working to raise awareness and prevent sexual assault and harassment in the tattoo industry.

Alice Snape caught up with her about sexism in the industry and whether she believes we can make a change. 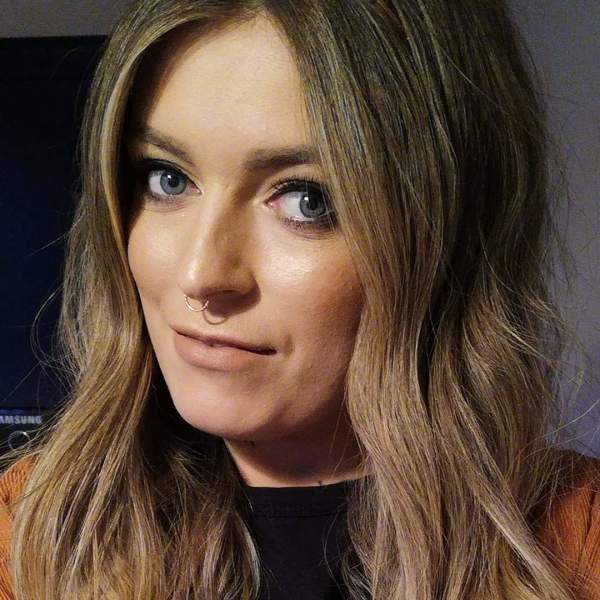 How long have you been tattooing? Have you come up against sexism since you started and have you noticed a shift in attitudes?

“I started tattooing in 2012. I've definitely come up against sexism during my career. As an apprentice, I remember feeling lucky that I was even considered for a position in such a male-dominated space. I was consistently harassed in our London studio usually by male customers. It varied from inappropriate comments to having my bum patted and being shown explicit images. Even within the last few years, I've heard comments like "you're brave getting tattooed by a woman" and I’ve had people assume that my male colleague is the business owner and I'm the receptionist, for no reason other than the fact that he's a man. I've had people suggest that I'd be more popular if I posted nude photos, something you'd never say to a man – women aren't valuable based on their talents alone. Even amongst artists, there seems to be an accepted level of sexist banter that you feel almost obliged to laugh along with – because, as a woman, it feels like you are lucky to even be "allowed" into the boys’ club.”

“That doesn’t mean it’s all bad, and it does seem to be slowly improving. I'm not sure whether that's because overall attitudes have changed and more women are now tattooing or whether it's to do with me getting older and owning a studio, so I’m usually taken more seriously.”

There was a #MeToo movement that kicked off during lockdown, what do you think sparked it? And do you think people are truly listening?

“I feel like this movement was a long time coming. So many survivors had been silenced for too long, myself included. Things had been building, but several survivors were pushed to voice their truths sooner than expected, after a couple of prominent female tattooists posted on social media. Once one or two began sharing their experiences of abuse, it became easier for other survivors to come forward and say "me too". Whether you're the first or the 500th, that takes incredible bravery. This is a topic that resonates deeply with a lot of people because, unfortunately, we will all know someone who has suffered some form of sexual abuse. I think it was the sheer volume of survivors coming forward, in this case, that has made this movement have a lasting and profound effect on the tattoo industry. Hopefully, it has brought into light that this behavior does go on and it's everyone's responsibility to try and prevent it.”

You have recently started a union, how is it going? How do you think this can make a change in the industry?

“Milieu Tattoo Union was started in response, initially, to this tattoo #metoo movement, but has since expanded to cover other social issues in tattooing. We have made some great progress with this, however, since going back to work it's been hard to maintain the momentum that these issues deserve. Currently, there are no unions or groups that address issues surrounding gender, sexism, race, disability, consent, sexual misconduct, and other social issues. That's where Milieu is different because we're trying to make tattooing, and being tattooed, a safer experience for everyone.”

What are your hopes for the future of the industry? Both the long and short term?

“I think there will always be a conflict between what I'd like to happen and what is realistic. In an ideal world, I would dedicate myself full time to these causes. The hard work that has been put in so far by so many dedicated people has caused a buzz, which has caused a lot of people to sit up and take notice. Our challenge now is how to keep this moving at a sustainable level - we need others to get involved. The job of improving standards rests with all of us, not just those directly affected. These issues may not be on your radar right now, but if you can keep it in mind that your actions can affect someone's life permanently, just the same as our tattooing does, it may be the difference between things fading out of memory and us making a permanent change in the industry for the better.” 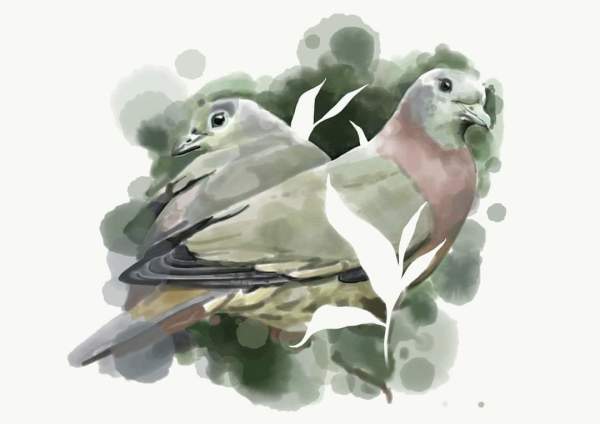 “I’ve produced this print in response to the #metoo movement. It's a type of dove, a symbol of hope, which is the feeling I'd want any survivor to have, but also pigeons – a nod to my last name – are sometimes referred to as rock doves.”

You can show your supports to Lucy's campaign here. For emotional support, please visit rape crisis. You should always report any sexual offenses to 101.