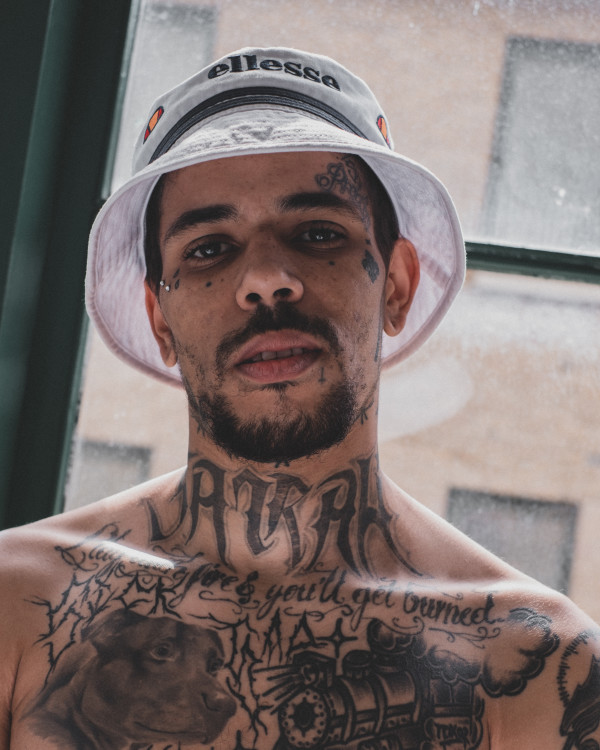 Crxdtattoos is an artist that has been pivotal to the inception of our company and has featured heavily in all of our early content.

I first met Crxd last his tattoo studio in Peckham Rye, the air was filled with hip hop, a BBQ had been fired up, beers were being passed around. “I wouldn’t of met my best mates, my family if it wasn’t for tattooing,” he said, it is how I felt; a welcome guest at a huge family gathering.

His ignorant style is raw and bold with a gang-style influence. “I started skateboarding, then I got into graffiti. My circle of friends were all into painting and liked to get tattoos, but I wasn’t really going anywher and getting in trouble with the police, so I decided to stop painting on trains and walls and start drawing on people” 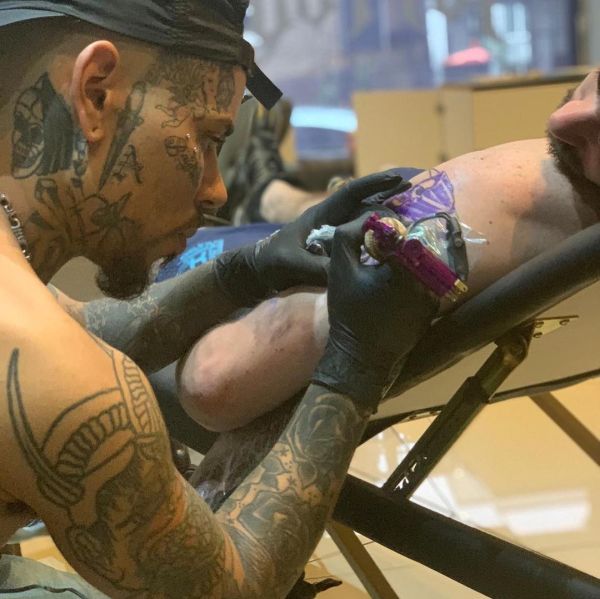 "I was one of those kids in school where if I was painting something, other people would come and watch".

"My friend was a tattoo artist, he said to me to come to his studio with £1000 and he will teach me so the next day I turned up with £700, because that was all I had, and my lessons began"

"At first (tattooing people), made me nervous. But I was doing it on friends, it was not like I was getting random people off the streets. My friends knew if it fucked up, it was on them. As soon as I felt comfortable with the gun, the nerves went. It is a mental thing isn't it... once you know you can do something, you just do it."

How do you describe your style?

"My style is described as ignorant. I think I am more traditional but also I can see why it is labelled as that. To be honest, I just do cool drawings to put on your skin, I don't care what the style is".

We spoke about the direction the industry is moving, “The industry has changed for sure, people get tattoos to be cool, but I got my first ones to not be cool if that makes sense”. “You’re more or less like a counselor when you tattoo. You are sitting with someone for hours on end and they usually spill everything to you… if you do not get on with people then it is the wrong job for you”.

"I don't tattoo for money I do it because I love it. Some people think a couple of face tattoo's and a soundcloud and you are a rapper, or somehow the tattoo's make you cool. I got tattoos so I wouldn't be cool, that is the difference these days."

Crxd is now tattooing out of Tottenham, check his work over at @crxdtattoos.